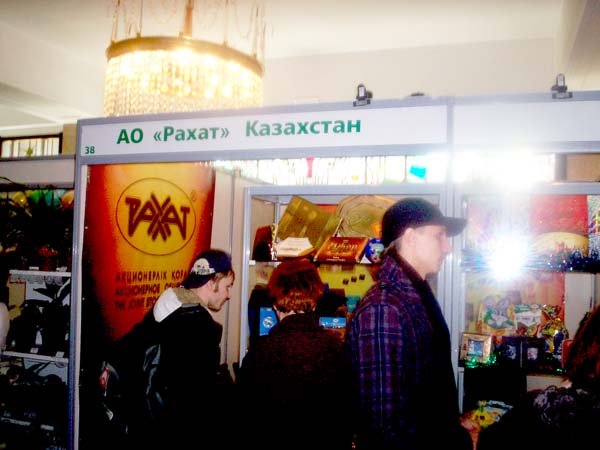 From 26th to 29th of October under the established usage the “RAKHAT” JSC participated in annually Altaiskaya Niva exhibition, which is the largest in agro-industrial sector of Siberia. For international companies the participation in this exhibition has great importance under the conditions of growing demands of high-quality products among Russian consumers. Food companies regard it as their duty to demonstrate their production achievements and new products on this professional international event. The “RAKHAT” JSC has presented its assortment on the market of Russia together with wholesale supplier of confectioneries in Altai Territory, who is the large partner of “RAKHAT” JSC in Russia. During exhibition events «Laverna» company organized the selling of confectioneries of “Rakhat” JSC, demand on which could be compared with agiotage.Altaiskaya Niva_2  This became the result of tasting, where visitors acquainted with confectioneries and appreciated them at true value, among which are «Kuznechik», «Rakhat», «Gaukhar», «Edelweiss», «Zaika», «Schelkunchik» caramels, «Dostyk», «Shokoladno-vafelnye», «Pesni Abaya», «Skazki detstva» candies.

This year “RAKHAT” JSC has significantly renewed whole line of New Year’s gifts; range of items with special packaging arrangement of this confectionery sets were presented to Russian consumers. Because of this Russians will have the possibility to choose the products and to gladden their families, friends, colleagues in the season of Christmas and New Year.