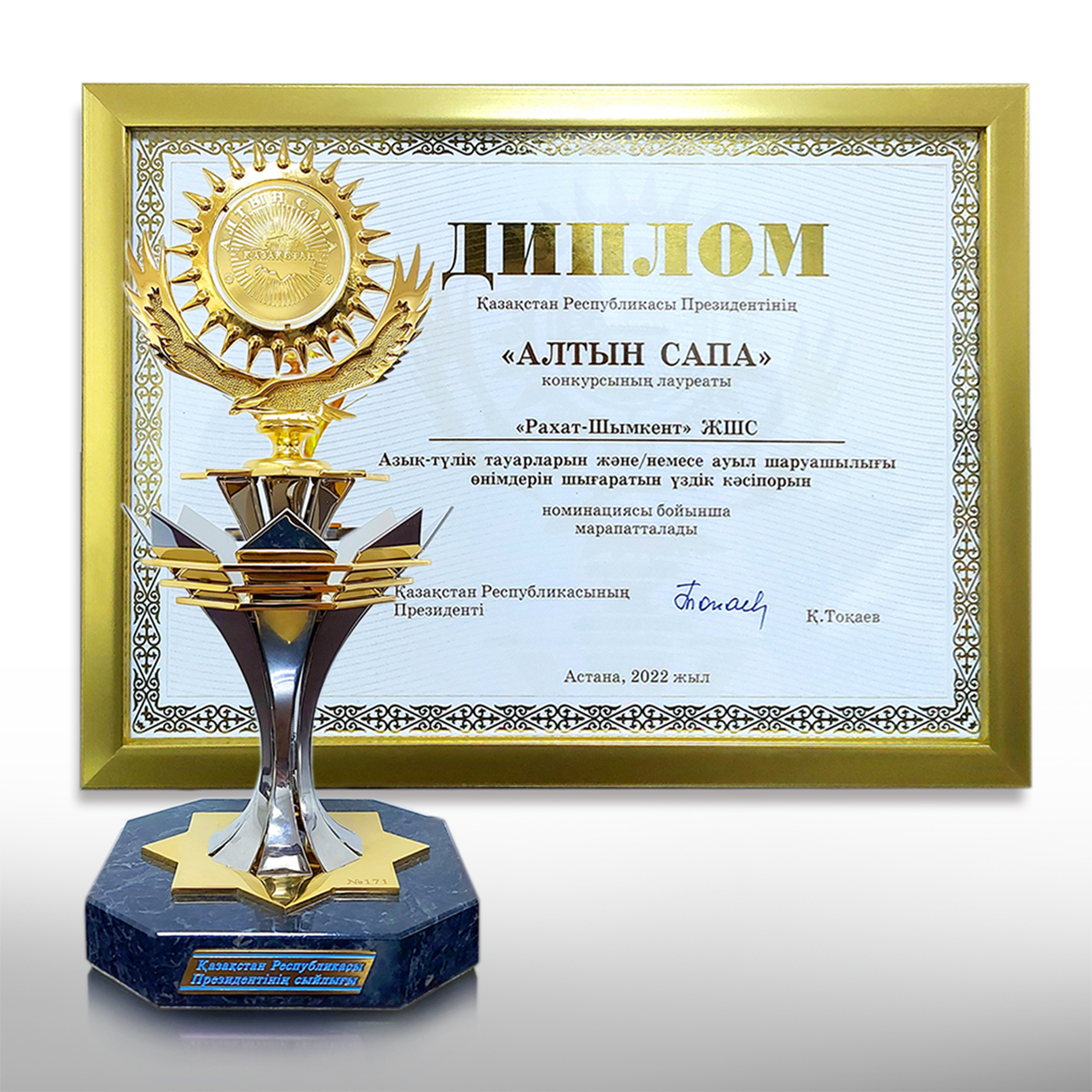 On December 7, 2022, Astana hosted a solemn ceremony of awarding the winners of the competition – laureates of the Altyn Sapa Prize of the President of the Republic of Kazakhstan. In the nomination “The best enterprise producing food and/or agricultural products” became Rakhat-Shymkent LLP.

The production of the first products at the Rakhat-Shymkent subsidiary began in 2001. with an assortment of only 10 items and in a short time achieved recognition in the domestic market.

In June 2019, a line for the production of jelly fruits was launched, and in September 2020, another project was implemented to launch a line of sugar and shortbread  cookies.

Today, the Shymkent Confectionery Factory, equipped with modern equipment, produces 6 types of products, the range of which is 125 items. The company successfully provides sweets not only in Kazakhstan, but also actively cooperates with buyers from neighboring countries – Uzbekistan, Turkmenistan, Tajikistan.