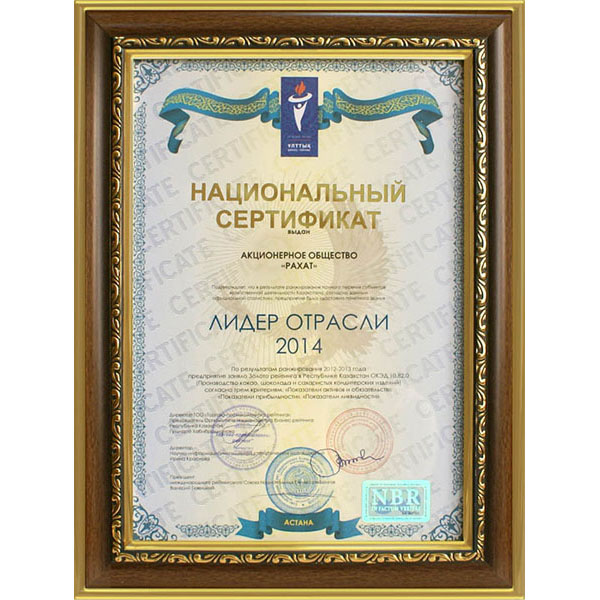 Based on the results of the national business rating Rakhat JSC is recognized as the leader among large enterprises engaged in the production of cocoa, chocolate and sugar confectionery in the Republic of Kazakhstan. The title of the “Leader” is confirmed by the relevant up-market Honor Badges, such as the official National Certificate “Industry Leader 2014” and the campaign medal “Sala Koshbasshysy 2014 (Industry Leader 2014)”. The National Business Rating is a comprehensive rating project, which has been effective since 2002, and widely known in the CIS and the Customs Union as a leading nation-wide not-for-profit rating for assessment of the effectiveness of an enterprise.